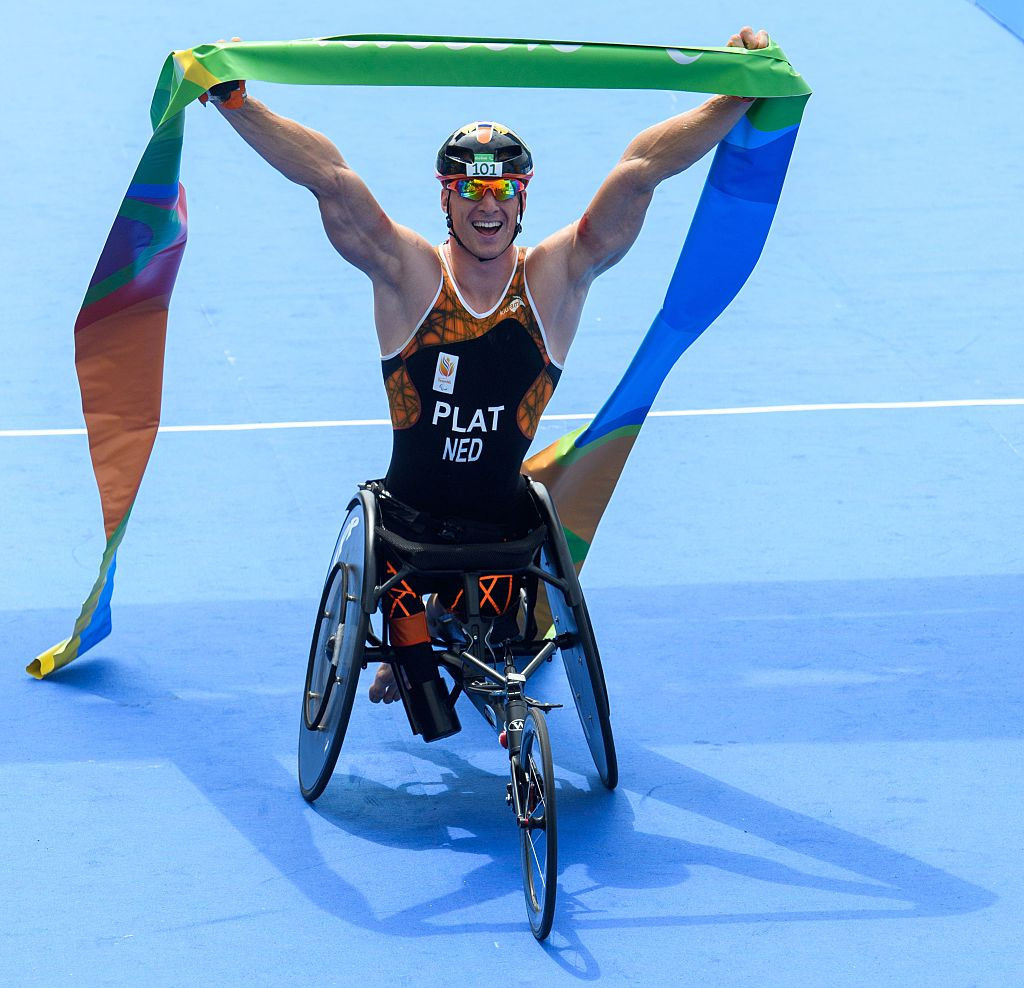 Jetze Plat of The Netherlands earned his second gold on the ultimate day of the Para-cycling Street World Championships in Cascais in Portugal at the moment.

Competing on the former Components One circuit in Estoril, the 30-year-old Dutch hand bike owner – who gained Paralympic triathlon gold and took bronze within the H5 street race on the Rio 2016 Video games – added the H4 street race title to the time trial model he gained on Friday.

Silver went to Austria’s Thomas Fruhwirth in 1:38:16, with Switzerland’s Fabian Recher profitable a mass dash to take bronze in 1:41:32.

Plat thus emulated the sooner achievement at these World Championships of Britain’s 43-year-old Dame Sarah Storey, who within the C5 class added the street race title to the time trial model secured on Thursday (June 10).

Britain’s Tokyo 2020-bound bike owner, who has earned 15 Paralympic gold medals – 9 in biking and 5 in swimming – secured her twelfth world street gold as she gained the C5 street race in a dash from Germany’s Kerstin Brachtendorf and RPC rider Alina Punina, with all being credited with 1:52:01.

In different hand biking street races at the moment Nicolas Du Preez of South Africa edged Italy’s Fabrizio Cornegliani to the boys’s H1 title in a dash end that noticed each given a time of 1:38:08sec for the five-lap, 42.0km course.

The H2 title went to Italy’s Luca Mazzone, who gained over the six-lap, 50.4km course in 1hr 29min 04sec, 4 seconds away from Spain’s Sergio Garrote Munoz, with bronze going to Florian Jouanny of France in 1:31:07.

The boys’s H3 title went to Riadh Tarsim of France in a dash end from Germany’s Vico Merklein and Spain’s Luis Miguel Garcei-Marquina Cascallana, with all three clocking 1:48:29.

Mitch Valize of The Netherlands gained the H5 title after beating France’s Loic Vergnaud in a dash, with each clocking 1:46:26.

Bronze went to Tim de Vries of The Netherlands at 1min 34sec.

Germany’s Annika Zeyen took the H3 title on a dash end from Italy’s Francesca Porcellato, with each clocking 1:50:16 for the seven-lap, 58.8km distance, adopted by Renata Kaluza of Poland, who took bronze in 1:51:05.

Chantal Haenen of The Netherlands took gold within the 58.8km H5 street race, beating Ana Maria Vitelaru of Italy in a dash end with each clocking 2:03:33.

The T2 street race got here all the way down to a dash end, with Germany’s Jana Majunke getting gold, Jill Walsh of the US taking silver and Germany’s Angelika Dreock-Kaser bronze, all in 1:07:06.

In males’s tricycle racing, the T1 street race over a three-lap, 25.2km course was gained by Italy’s Giorgio Farroni in 49:30, from Spain’s Gonzalo Garcia Abella, who clocked 53:13, and Petr Berger of the Czech Republic, who recorded 57:27.

The T2 title went to Tim Celen of Belgium, who outsprinted Colombia’s Juan Jose Betancourt Quiroga, with each being timed at 1:01:12 over the four-lap, 33.6km course.

The boys’s C3 street race noticed Italy’s Fabio Anobile win a mass dash of 12 given a time of 1:50:56, with Stijn Boersma of The Netherlands taking silver and Finlay Graham of Britain bronze.

This is why an RAF vet was biking on turbo coach in Cathedral Sq.